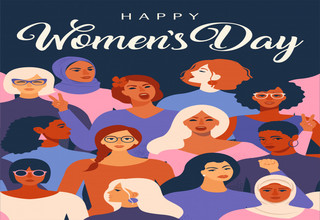 With International Women’s Day fast approaching, there is nothing better than immersing yourself in fantastic books, films and experiences curated and inspired by powerful women. Here are our top picks for you LJMU female powerhouses this Women’s History Month!

Women’s Strike March and Rally, The Bombed Out Church, Sunday 8th March @ 12:30pm – Feminist Society are going, so feel free to join them!

Wednesday 11th March @8am – Business Breakfast: Mind the Gap diversity inclusion seminar by the University of Liverpool business school! An early start in the day but that definitely adds to the powerful business woman vibe we all like to channel!

Take part in an immersive and inclusive procession where Latin American women will share music, poems, dance and objects in a circle as an offering to our ancestors. Saturday, 14th March @ the Tate

Visit the Joseph Cotgrave exhibition at the Output Gallery on Seel Street. This current exhibition uses sculpture, installation and sound to open up the conversation around the culture of the gay scene, chem sex, and the stigma surrounding HIV. Open 11-6 everyday until March 15th!

Good as Hell – Bad Girl Bangers! Get your Lizzo x Eilish x Beyoncé fix all in one at this pre-IWD night out at Camp and Furnace this Friday! Tickets starting at £5!

The Dressed to Impress exhibition at the Walker Art Gallery showcases women’s and men’s fashion during the 18th century, offering exclusive and fascinating insight into social culture at the time.